The “Past and Present” of the National Fire Engine Standard

Firefighters are the protectors of people’s lives and property, while fire trucks are the core equipment that firefighters rely on to deal with fires and other disasters. The world’s first internal combustion engine fire truck (an internal combustion engine drives both a car and a fire pump) was manufactured in Germany in 1910, and my country’s first fire truck was manufactured in 1932 by the Shanghai Aurora Machinery Iron Factory. After the founding of New China, the party and the government attached great importance to the development of fire protection. In 1965, the former Fire Department of the Ministry of Public Security (now the Emergency Management Department Fire Rescue Bureau) organized the Shanghai Fire Equipment Factory, Changchun Fire Equipment Factory and Aurora Fire Machinery Factory. Vehicle manufacturers jointly designed and manufactured the first mass-produced fire truck in New China, the CG13 water tank fire truck, in Shanghai, and it was officially put into production in 1967. With the rapid development of social economy, my country’s fire truck industry has also developed very rapidly, with diversified product types, and various types of fire trucks such as lifting fire trucks and emergency rescue fire trucks have appeared. 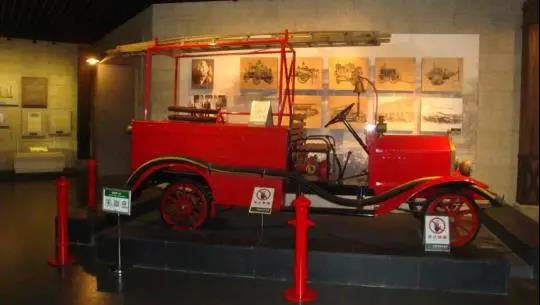 The quality of fire trucks is directly related to the efficiency of firefighting and rescue teams in performing firefighting and rescue operations, which directly affects the safety of people’s lives and property. Therefore, the revision of its standards is essential to improve the combat effectiveness of firefighting and rescue teams. In order to ensure the performance and reliability of fire trucks, in 1987, Director Li Enxiang of the former Shanghai Fire Science Research Institute of the Ministry of Public Security (now the Shanghai Fire Research Institute of the Emergency Management Department, hereinafter referred to as “Shangxiao Institute”) presided over the formulation of my country’s first fire truck. The mandatory national product standard “Fire truck performance requirements and test methods” (GB 7956-87). The 87 version of the fire truck standard mainly focuses on the assessment of vehicle performance and reliability, such as vehicle acceleration performance, water pump flow pressure, lifting time of the lift truck, etc., especially for the continuous operation of the fire pump, continuous operation time, etc. A large number of experimental studies and verifications have been carried out, and related hydraulic performance test items and test methods have been used until now. The formulation and implementation of this standard played a key role in improving the hydraulic performance and fire fighting capabilities of the fire fighting vehicles at that time.
In 1998, the first revised edition of GB 7956 “Performance Requirements and Test Methods for Fire Trucks” was released and implemented. Based on the 87 version of the standard, this version combines the specific national conditions of the production and use of fire trucks and the relevant standards and regulations of motor vehicles that must be followed. It further improves the fire fighting performance and reliability test items of fire trucks, and revised the braking performance of fire trucks The test requirements and methods have improved the flexibility of fire truck configuration. In general, the 98 version of the fire truck standard inherits the general idea of ​​the 87 version, mainly focusing on the improvement of the performance of the fire truck.
With the rapid development of my country’s automobile industry, firefighting and rescue technology, and the expansion of the functions of firefighting and rescue teams, the types of fire trucks have become increasingly diversified. All kinds of new materials, new technologies, new equipment, and new tactics are used in large numbers The requirements for the safety and humanization of the use of fire trucks are constantly escalating, and the 98 version of the fire truck standard is gradually unable to meet the development needs of fire truck products. In order to adapt to the needs of the new situation, standardize the fire truck market, and lead the technological development of fire truck products, the National Standardization Management Committee issued the task of revising the GB 7956 fire truck standard to the Shanghai Consumer Consumers Institute in 2006. In 2009, the newly revised GB 7956 “Fire Truck” national standard was submitted for review. In 2010, the former Fire Bureau of the Ministry of Public Security (now the Fire Rescue Bureau of the Ministry of Emergency Management) considered that too many vehicles included in the standard were not conducive to the implementation and practical application of the standard, and decided to split the standard into sub-standards corresponding to different types of fire trucks, forming GB Mandatory national standard for 7956 fire truck series. The formulation of the entire series of fire truck standards was presided over by Director Fan Hua, Researcher Wan Ming, and Associate Researcher Jiang Xudong of the Shanghai Consumer Institute. It includes 24 sub-standards (of which 12 have been issued and implemented, 6 have been submitted for approval, and submission for review has been completed. 6), which stipulates the general technical requirements for fire truck products, as well as the specific technical requirements for 37 types of fire truck products in 4 categories, including fire fighting, lifting, special service, and security.

The newly formulated GB 7956 fire truck series compulsory national standards for the first time constitute a complete fire truck standard system in China. The technical clauses cover various aspects of the design, production, inspection, acceptance, and maintenance of various types of fire trucks. The content is comprehensive and the indicators are appropriate. , Closely close to the actual fire fighting, strong operability, and consistent with China’s current automobile standards, relevant management regulations for fire protection products, and fire truck certification rules and other regulations and standards. It has played an important role in promoting the development of China’s fire truck industry and technological progress. . In the preparation process of the series of standards, the advanced experience of domestic and foreign fire-fighting vehicle manufacturers has been referred to. Most of the technical parameters are obtained through domestic and foreign research and test demonstrations. A number of technical requirements and test methods are proposed for the first time at home and abroad. In recent years, independent intellectual property rights have promoted the rapid improvement of the quality of my country’s fire trucks and accelerated the performance of foreign products. 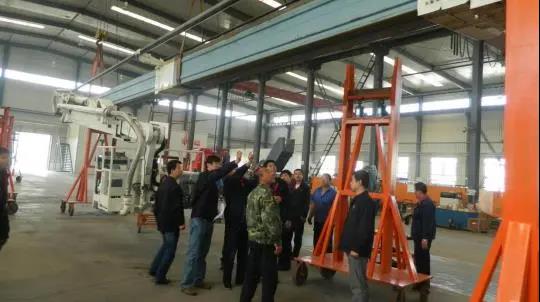 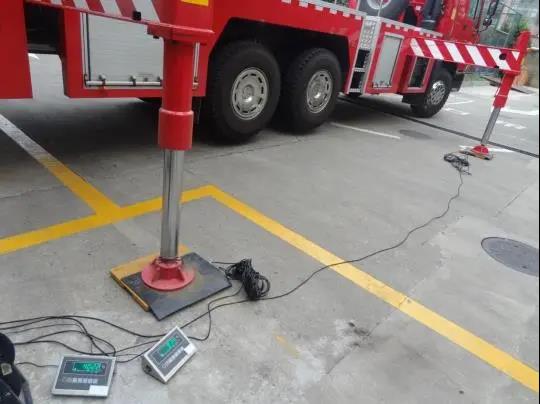 Stability Test Verification of Elevating Fire Truck
The GB 7956 fire truck series standard is not only the main technical basis for market access and quality supervision of fire trucks, but also the technical specifications for product design and production of fire truck manufacturers. At the same time, it also provides for the procurement, acceptance, use and maintenance of fire trucks for fire rescue teams. Provides a reliable technical guarantee. In addition to being fully implemented by enterprises, inspection and certification agencies in various countries, the series of standards have also been translated into English and German versions by foreign fire truck manufacturers and are widely used by European and American certification and testing agencies. The issuance of the GB 7956 series of standards implements effective regulations and promotes the development and progress of the fire truck industry, accelerates the retirement and elimination of outdated technologies and products, and has played a powerful role in improving the level of research and development of my country’s fire fighting vehicles and the construction of fire rescue team equipment. While making important contributions to the protection of the people’s lives and property, it also promoted the international trade and technical exchanges of fire truck products, resulting in considerable social and economic benefits. Therefore, the series of standards won the third prize of the 2020 China Standard Innovation Contribution Award.